What Are Typical Food Prices At Wembley Stadium? Updated for 2021

What Are Typical Food Prices At Wembley Stadium? – Wembley Stadium is one of England’s most famous stadiums, if not the world. Located in London, the stadium and adjacent arena see plenty of visitors for events like football matches and concerts.

Finding reasonably-priced food nearby is not impossible, but it can be difficult.

Typical food prices at Wembley Stadium are more expensive, but there is a variety of options available for your visit. The stadium boasts numerous food kiosks and stalls across the premises which offer quick bites like hot dogs and sandwiches.

If you’re planning a visit to Wembley Stadium, here’s where you’ll find more information about your food options. We’ll also take a look at Wembley Stadium’s history and the many types of events it hosts.

What Are Typical Food Prices At Wembley Stadium?

There are strict regulations regarding what to bring into Wembley Stadium when you visit. Bags will be checked upon entry, and they also have to adhere to specific rules about sizing.

Bringing food and drinks along isn’t recommended, and only those in carton containers will be allowed on the grounds.

Wembley Stadium offers plenty of food options to make sure no one goes hungry. Quick bites like sandwiches, wraps, and hot dogs will cost you between £5 and £7.

Burgers, fish, or fried chicken with a side of chips (the British term for fries) will cost about £8. You will also have to spend a little extra on cold drinks or coffee.

Make sure you take along your debit or credit card to pay. Cash is only accepted as a form of payment in select stalls. Wave “n” Pay is the new self-service way to pay for your meals.

They also have fresh food prepared on-site. These are some of the options on offer to general admission ticket holders:

Southern-inspired fried chicken with a side of chips. There is a selection of dips available.

You can also enjoy this British classic at Wembley Stadium. You can also find red lentil falafel options and even a kids’ menu at this type of stall.

If you’re more of a burger fan, you can find a selection of burgers made with British beef. They are served with chips on the side, with various garnish options.

One of the stadium’s top sellers, these Bavarian-style hot dogs are garnished with fresh chives and cooked onions.

These sausages are provided by Wicks Manor Farm and were voted the Best Sausage of 2013.

Apart from a selection of beers and cold drinks, the stadium’s bottle bars have a range of confectionery options too.

You can find handmade pies at these kiosks, alongside more confectionery. There are also hot and cold drinks on offer.

If you’re looking for less expense and more variation, there are plenty of other culinary options in the Wembley Stadium area.

From gastropubs to chain restaurants, here are some examples of what else is available on your trip to Wembley:

A new Fuller’s pub on Wembley Park Boulevard, a short walk from Wembley Park and a stone’s throw from Boxpark, with a wide-ranging menu and plenty of space over 2 floors.

A family-friendly gastropub located on Preston Road in Wembley.

This Asian/Japanese chain restaurant also operates out of Wembley Park, right next to the stadium.

If you’re in the mood for Mexican food during your Wembley Stadium visit, this popular chain restaurant has you covered. Las Iguanas is located inside the nearby London Designer Outlet.

You can find this popular Chinese restaurant on Harrow Road in Wembley on your way to the stadium.

Another highly-rated eatery in Wembley Park, the Lounge Cafe has delicious wraps, sandwiches, and other quick bites on its menu.

This Turkish restaurant specialises in mezze, but it also offers hot meals and kebabs. It has plenty of vegetarian options too.

On Wembley Event Days, many food vans can be found right outside the stadium, offering all kinds of street food. This option can also be slightly more pricey than others you may find on your way to the stadium.

For visitors looking for a more exclusive experience, Wembley Stadium offers a range of memberships through its Club Wembley program. Membership, as the website says, “gives you a seat right in the heart of the action for some of Wembley’s major football matches”.

Members can enjoy numerous benefits such as unlocking access to catered hospitality and tier-specific restaurants, as well as more food outlets:

This is a members-only gastropub located within the stadium. This is part of Club Wembley. According to their website, “this pub is the first pub in Wembley Stadium’s history”.

Here you can experience the next-level in burgers made with British beef.

As the sister gastropub of the Three Lions, this expansive location offers plenty of pub food favourites

This restaurant fulfils all your seafood needs.

Made explicitly for meat fans, this restaurant specialises in meat sandwiches.

Wembley Stadium is an essential landmark in London, and not just for football lovers. Alongside the adjacent SSE Arena, Wembley, the stadium is one of the biggest venues for events in the capital city.

This current version of Wembley Stadium has been open since 2007. It replaced the original, which has its origins back in 1923 and was initially known as the Empire Stadium because it was built to host the British Empire Exhibit in 1924.

The first version of Wembley was open until 2000 when it was closed to be demolished for redevelopment. The new Wembley Stadium opened in 2007.

The emblematic towers from the original version were replaced with a lattice arch that extends over the north stand. Wembley Stadium is currently the largest stadium in the United Kingdom.

It is also the second-largest stadium on the continent.

Wembley Stadium is one of the main venues for many of London’s most significant sporting events. On Wembley Event Days, people flock in from all over the country and also from abroad to watch their favourite team or to take in a concert next door at the SSE Arena, Wembley.

The stadium can easily be turned into a concert venue. The first major musical event was a George Michael concert.

It was followed by the charity concerts Live Earth and Concert for Diana. Since then, Wembley Stadium has hosted numerous concerts and shows for international acts such as Muse, AC/DC, Oasis, Coldplay, Madonna, Beyonce, and Taylor Swift.

The stadium has also been the chosen venue for the Challenge Cup rugby final, the NFL’s London Games Series, and several UEFA Champions League finals. During the London’s Olympic Games in 2012, Wembley Stadium was used for the gold medal football matches.

What Are Typical Food Prices At Wembley Stadium?- Conclusion

Wembley Stadium offers plenty of food outlets to keep your hunger at bay, but the cost is on the expensive side. If you’re looking to eat at the stadium, there are over 600 food points offering burgers, fish and chips, and hot dogs.

If you’re opting for a more luxurious visit, you can also invest in a Club Wembley membership.

If instead, you’d prefer to save some money on food, then you also have numerous restaurants and fast food places in the immediate surroundings of the stadium.

You can’t miss them if you’re walking up to the stadium from the subway station or the nearest bus stop.

If you have any experience of eating out in Wembley, let us know in the comments below.

Everything You Need to Know About Club Wembley

The 10 Best Fish and Chips Shops Near Colindale

The Best 7 Cake Shops in Alperton-Wembley

I Love Eating Meat So Why Go Vegetarian?

6 Reasons To Try The Sky Bar In Wembley Everything You Need to Know About Club Wembley 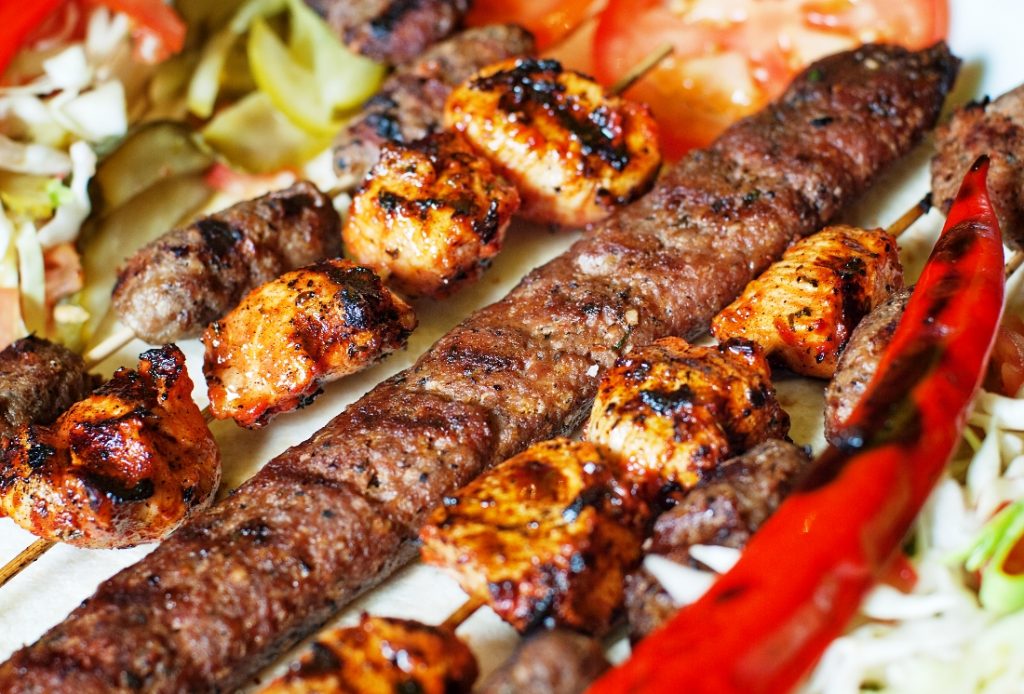 The 10 Best Fish and Chips Shops Near Colindale

Click the Contact Us button to learn how to feature your business prominently on this site.  Your visitors deserve to know!